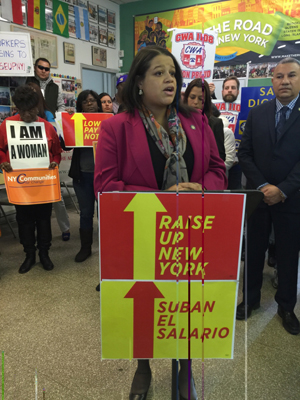 “Fast food workers are the lifeblood of this global, multi-billion dollar industry” said Assemblywoman Solages. “They must be paid an appropriate wage that enables them to support themselves and their families. The wages for this industry’s workers have been far too low for far too long.”

The New York State Assembly has long led the fight to raise the minimum wage and ensure that all New Yorkers earn a living wage. In fact, the Assembly is the first and only state house to pass legislation to increase the wage to $15.