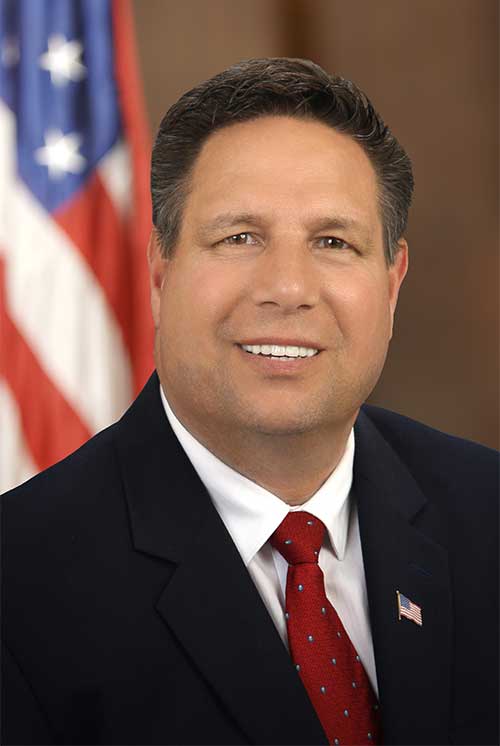 Brian Manktelow was elected to the New York State Assembly on November 6, 2018. The district includes all of Wayne County, the towns of Aurelius, Brutus, Cato, Conquest, Ira, Mentz, Montezuma, Sennett, Sterling, and Victory in Cayuga County, and the towns of Hannibal, Minetto, and Oswego in Oswego County.

During his time as an Assemblyman, Brian will fight hard for policies that encourage economic growth. He will push to reduce unfunded state mandates and high taxes, advocate for resources to battle the growing opioid epidemic, as well as address the need to protect the natural resources in his district.

Brian served in the U.S Army, attaining the rank of sergeant after graduating from Williamson High School. He then completed classes at the University of Chicago and Finger Lakes Community College, where he pursued a degree in political science. He has been the Lyons town supervisor since 2009 and has served as vice chairman of the Wayne County Board of Supervisors. He was chairman of the board’s Finance Committee and also served on the Government Operations and Human Services committees. Brian was instrumental in initializing the Wayne County Land Bank in 2017 to rejuvenate derelict properties, get them back on the tax rolls, and reduce blight.

He has owned and operated Manktelow Farms in Lyons for more than 30 years, and has been an active member of the Wayne County Farm Bureau. Brian’s background gives him a unique perspective on the challenges faced by everyday New Yorkers. He plans to work diligently with colleagues to create solutions to the state’s economic struggles by creating opportunities for businesses to thrive.

Brian currently resides in Lyons with his wife, Crystal, with whom he shares five children. He is dedicated to family life and community. As supervisor of the Town of Lyons, he worked to protect the interests of his fellow residents during the dissolution of the village of Lyons in 2015, ensuring a positive impact on the municipality’s future.

Now, Brian is determined to bring his breadth of experience in the military and civilian life to serve his neighbors and community, fighting the opioid crisis, lowering taxes, improving veteran services, and ensuring the American Dream and upstate values continue to thrive in Albany.