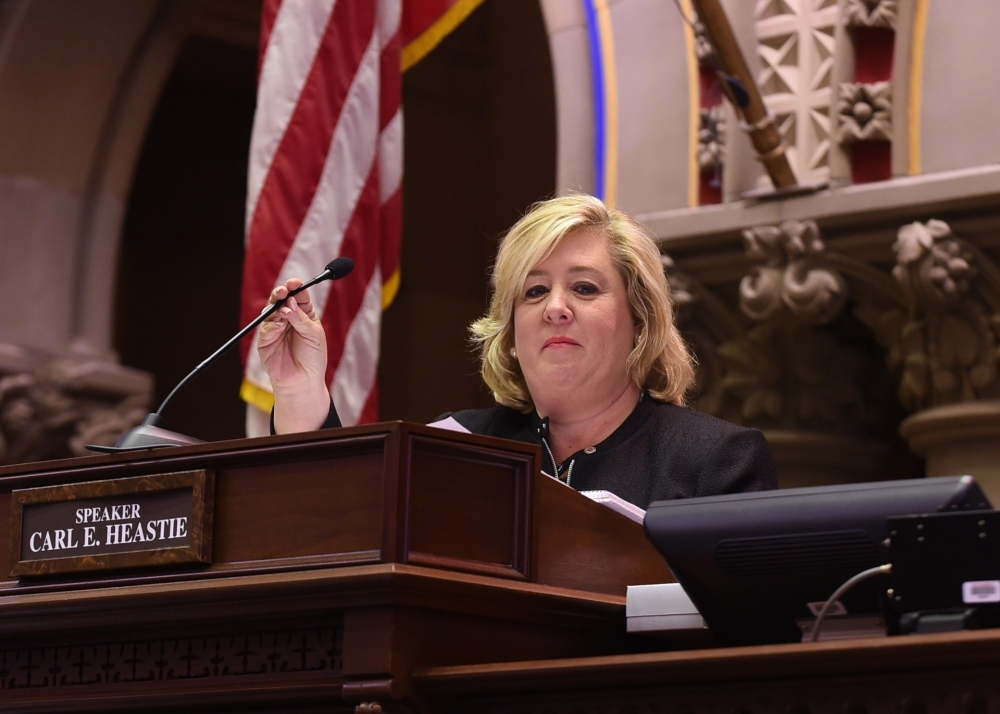 We had a very productive legislative session in Albany this year and last week, was the last day of session for 2018. I want to share with you this year’s legislative successes important for the quality of life in our district and the state as a whole. I am especially proud of the work done to advance legislation that promotes equal rights for women and the LGBTQ community, increased transparency of the number of women holding leadership and policy-making decisions in government, and mandating the state Department of Health to undertake studies in relation to the marine transfer station to protect our health and wellbeing.

While I am pleased with the progress we have made this year, I must comment on the work that remains to be done. As stated in more detail below, we must tackle the issue of educational equity in our city’s specialized high school, but it must be done in a way that allows all stakeholders to provide input and shape the outcome of their children’s educational future. The Supreme Court recently struck down a ban on nationwide sports betting and the Legislature did not pass any legislation moving towards legalization in New York, an issue that will have to be considered thoughtfully during the next session. While bail reform has stalled in the Senate, both houses were able to approve a new commission to investigate misconduct by prosecutors to increase accountability in the court. Finally, it is tragic that Senate Republicans haven’t moved on many efforts to increase school safety in the wake of terrible shootings in Parkland, Florida and Santa Fe, Texas. In the Assembly, we passed bills banning bump stocks, establishing a waiting period for gun buyers with no background checks and empowered school administrators to block at-risk youth from purchasing guns. It is shameful that the Senate did not pass this critical legislation and it is absolutely essential we do better during next year’s session.

As always, our office is just a call, email or visit away. Enjoy the start of summer and I hope to see you soon!

Protecting Our Seniors’ Quality of Life

Seniors gained many protections and increased funding for quality of life-enhancing programs through the budget and stand-alone legislation this year. Specific provisions that Rebecca fought for include:

Grappling with the Threat of Gun Violence

Gun violence continues to be one of the most pressing issues facing our community and reform is an issue that frustratingly still faces roadblocks in the State Legislature. The Assembly passed a number of measures aimed at keeping our children safe but Senate Republicans have refused to debate the Assembly’s bills. That being said, here is a recap of some gun-related measures Rebecca played an important role in passing:

The Path Towards Equality for All, Once and for All

Rebecca has been a tireless advocate for the rights of women during her time in the Assembly and beforehand, as a community activist. Upon her election, she has fought for an Equal Rights Amendment Bill to change the New York State Constitution, and guarantee equal rights for women enshrined into law. This year, Assembly Bill A7990 passed in the Assembly and is awaiting passage in the Senate, bringing equal rights one step closer to being fully realized.

Additionally, Rebecca sponsored and successfully spearheaded the passage of the Women’s Website Bill (A5487), which requires the creation of a public database showing female representation in policy-making positions. Even though women make up about half the population, they are greatly outnumbered by men in government. This database will expose the injustice that women face every day and will play a key role in empowering more women within the political sphere.

Earlier this month, Assembly Bill A10427A was introduced which would abolish the Specialized High Schools Admissions Test (SHSAT). The Assembly was only given two business days to review, discuss and debate the legislation, clearly an inadequate amount of time, given the monumental changes the legislation would bring about. With such little time to discuss, Rebecca voted “no” on this legislation in order to give educators, students, teachers, and alumni more time to provide input before rushing into any decision. Rebecca is committed to addressing injustices in the public schools system and is looking forward to doing so in a thoughtful manner.

Protecting the Character of Our Neighborhood

In addition to fighting to maintain and increase spending on a number of essential programs and services for our community, Rebecca secured over $1 million in grant funding for critical community programs and partners in the district:

When Rebecca was elected to office four years ago, she vowed to fight to protect this neighborhood against the effects of a new marine transfer station on East 91st Street. She secured two significant victories in this fight during this year’s legislative session:

Honoring the Life and Legacy of Edie Windsor

In May, Rebecca partnered with Senator Brad Hoylman and held a press conference honoring the life and legacy of Edie Windsor, civil rights champion and lead plaintiff in the Supreme Court Case Windsor vs. United States. Rebecca urged the Legislature to live up to Edie’s legacy and continue passing legislation guaranteeing equal rights and protections to the LGBTQ community. As a result of Rebecca’s commitment to Edie’s legacy and equal rights, she voted in favor and the Assembly passed, the following bills: